Bianca Gonzalez, director of Bellydance Magique began dancing professionally in 1992 and headlined three times a week at the exclusive Pasha Restaurant in San Francisco while studying with Saida Asmar, as well as Amina and the Aswan Dancers.

In 1994, she moved to New York City to study with Ibrahim Farrah, world-renowned master teacher of the Oriental Dance Form. While living in New York, she performed in an off-broadway “Egyptian Dance Review” supper-club, the famed “IBIS”, six nights a week for the next five years. Additionally, she studied with, and was invited to perform in the prestigious professional dance companies of Yousry Sharif, Gamila el Masri and Serena Wilson.

In 2000, Bianca moved to the East Bay where she studied and performed with The Suhaila Salimpour Dance Company, as well as designing and producing the costumes for Suhaila’s dance company that season.

And in 2005 Bianca’s style of dance was further influenced by the sumptuous Sarita Mileta of Vancouver, British Columbia.

Bianca’s career highlights include: Performance for the Royal Family in Rabat, Morocco, Performance at the United Nations for the Egyptian/American Association, as well as being featured in two documentaries by CNN International and New York University.

Bianca is now teaching a blend of cabaret styles of belly dance classes at the Fearless Yoga Studio in Merced. She is also the director of The Bellydance Magique Dance Company based at the Creation Station Merced Dance Studios, and they perform regularly in local theater productions as well as community events. 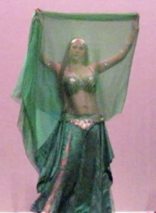 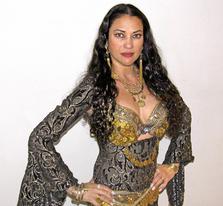